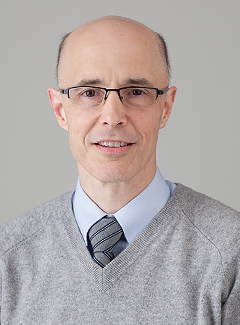 Jim B. Tucker, MD, is Bonner-Lowry Professor of Personality Studies in the Department of Psychiatry and Neurobehavioral Sciences. A board-certified child psychiatrist, he served as medical director of the Child and Family Psychiatry Clinic for nine years.

Dr. Tucker attended the University of North Carolina-Chapel Hill, where he graduated Phi Beta Kappa with a BA degree in psychology in 1982, followed by a medical degree four years later. He then completed a residency in general psychiatry and a fellowship in child psychiatry at the University of Virginia. After a stint in private practice, he returned to UVA in 2000.

Dr. Tucker also works in the Division of Perceptual Studies, continuing the research of Ian Stevenson with children who report anomalous memories. He is the author of Life Before Life: A Scientific Investigation of Children's Memories of Previous Lives (St. Martin's, 2005), and he has published numerous articles in scientific journals and given talks to both scientific and general audiences.