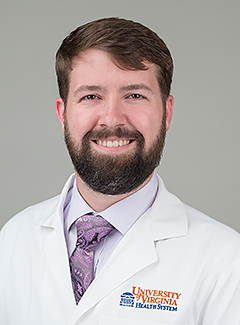 Dr. Bachmann was born in Newark, Ohio, but grew up in Richmond. He completed his undergraduate degree at UVA, where he met his wife, Anne. He returned home to Richmond for medical school at the Medical College of Virginia (now VCU), while his wife got her law degree from UVA. The couple then moved to Cleveland, where Dr. Bachmann completed a residency in orthopedic surgery at the Cleveland Clinic. A lifelong Cleveland Indians fan, he was able to convert his wife to Indians fandom as well.

Dr. Bachmann and his wife have one son, Will, and a basset hound named Grady. Outside of work, Dr. Bachmann enjoys spending time with his family, golfing and wildlife travel, including diving and underwater photography.